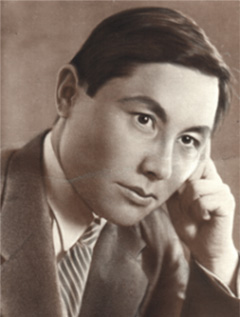 In 1946 graduated from postgraduate study at Moscow mining institute. He defended his candidate work and continued to work in MSI as associate professor. In 1953 Nurmukhamedov Yu.K. made his way to Karaganda to head Karaganda mining institute (at present KSTU).

Being a specialist in the field of development of mineral resources deposits rector Nurmukhamedov Yu.K. – Cand.Tech.Sci., associate professor (for rate of 0,5) combined teaching work on WOMD department in KSI.

He was awarded with Honourary certificates and four medals:

In 1958 , May 16 Nurmukhamedov left teaching work on WOMD department of Karaganda mining institute and returned to Moscow mining institute, as his doctorate work was near to the end. Staying in Moscow he didn’t lose connection with the institute.